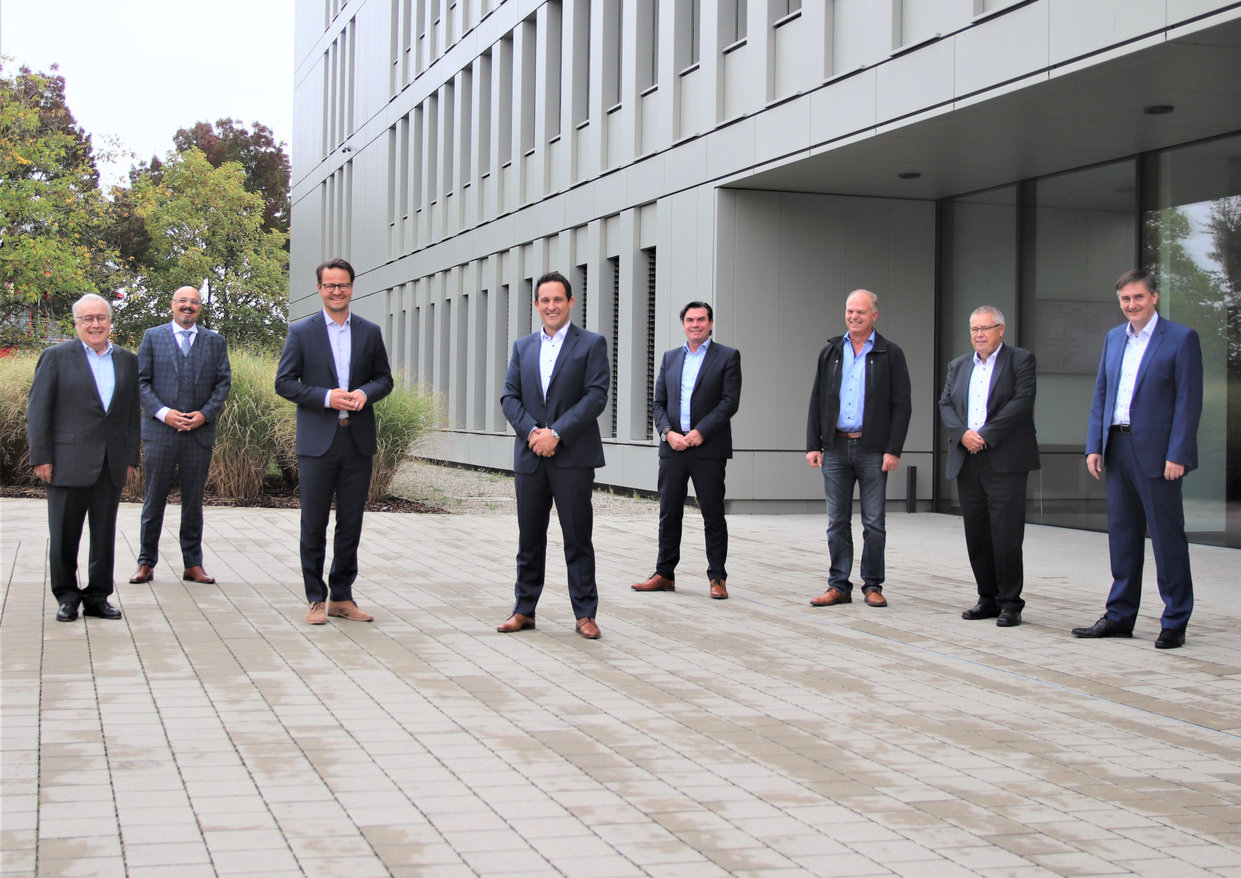 Active in many countries – rooted in the region: Mayor visits Offenburg company "Markant"

"Markant"! Any company that carries this brand in the company sign doesn't really need any more branding. It is perfect for the company's own market leadership regardless of the product involved. In fact: The Offenburg company "Markant" is the market leader – not just for one product, but for almost all (!) products when it comes to seamlessly getting them on the shelves. Almost all supermarket customers come into contact with "Markant" without realising it. It can be found in the majority of shopping bags – by the dozens. But: The name does not appear on any receipts or any packaging.

The Offenburg brand with top-seller potential remains virtually anonymous – yet is still a leading brand and can be found everywhere. How does this work? Mayor Marco Steffens wanted to find out more and has now looked around the astonishing "Markant" universe. Accompanied by local mayor Konrad Gaß – the company is located in the Waltersweier industrial estate – and business promoter Hans-Joachim Fomferra, the Mayor learned all about a highly effective, but very complex business model.

It can be traced back to the Offenburg businessman Adolf Spinner who established the A&O in 1953 – the first voluntary chain in the German retail industry. "Together we are strong" towards the suppliers and the industry and for the well-being of the customers. "Markant", an international group with turnover from franchise operations of 53 billion euros, has developed over the following decades from this basic idea.

The chain of stores from those days has become a cooperation network of around 150 retail companies with the stores of Markant Group, especially in the food sector, but also in the drugstore product and the construction and DIY superstore sector. These include the following big names: Kaufland, real, BÄKO, famila, dm, Rossmann, Müller Drogerie, BayWa, Globus, Manor, Spar, – just to name a few.

The core business is national and international invoice processing between the retailers on the one hand and the manufacturers and suppliers on the other. An example: Kaufland orders a product from an industrial company. The invoice for this is sent to "Markant". The data for all purchase transactions will in turn be pooled and prepared – for example for the tax authorities in different countries. Kaufland receives a total invoice at regular intervals.

The fact that the entire invoice settlement process is concentrated at Markant saves retailers like Kaufland and the suppliers time and money. This means Kaufland can focus on its core task of retail. "Markant" currently works with 14,000 suppliers in 20 European countries. Half of the turnover is attributable to the 100 biggest food corporations.

In addition, there are numerous other services along the value chain. Market observation and digital data management are becoming increasingly important. "Markant" has data on millions of products in dozens of categories and characteristics.

Approximately 500 servers manage the flow of information. They are in the European data centre that was built in 2014 in the Waltersweier industrial estate. Five petabytes, i.e. five trillion bytes, are currently being processed there every year – and this number is set to increase. This data volume corresponds to the text from a billion copies of the bible.

The construction of the four-storey administration building followed in 2018. Almost 700 of the more than 1000 employees work at the site in Offenburg, the international service centre. This is where all ends of the operating business meet. "Markant" now has country organisations in nine European countries.

The internationality is also reflected in the corporate structure. Markant Services International GmbH with its head office in Offenburg is a wholly-owned subsidiary of Markant Handels- und Industriewaren-Vermittlungs AG in Pfäffikon, Switzerland. The hosts had contacts from all divisions: Frank-Friedrich Müller as Chairman of the Board of Directors and Alois Kruth as Managing Director of Markant AG, Jens Heiderich as Managing Director of Markant Services International GmbH, Head of Group Marketing Bernhard Delakowitz and John Grewe, Managing Director of Markant Deutschland GmbH. The latter is also active in the Waltersweier town council, a sign that the company is rooted in the region. The solidarity is also evident in the close cooperation with Offenburg University of Applied Sciences where "Markant" is financing an endowed chair.

"Markant" continues to act as a supporter of numerous social and cultural projects. The most well-known project of this type is the annual "StadtLesen".

For the sake of readability, only the masculine form is used on the website. This form is explicitly understood to be gender-neutral. Of course, all genders are included here.

This website uses cookies. Those have two functions: On the one hand they are providing basic functionality for this website. On the other hand they allow us to improve our content for you by saving and analyzing anonymized user data. You can redraw your consent to using these cookies at any time. Find more information regarding cookies on our Data Protection Declaration and regarding us on the Imprint.